From our first-hand experience with the large-scale ice storm that struck in 1998, to our more recent involvement in helping partners respond to the arrival of the Asian long-horned beetle in the City of Toronto, we realize that the threats to forest health are very real and the consequences potentially devastating for communities. 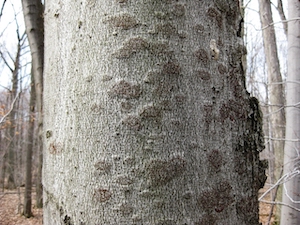 The EOMF has spearheaded the Forest Health Network (FHN), a network of some 20 organizations and agencies spanning eastern Ontario, western Quebec and northern New York State – rallying partners in a coordinated and collaborative response to forest threats of various kinds.

In support of the FHN, the EOMF is involved in:

Working closely with scientists and experts from both Federal and provincial governments in delivering forest health-related messages to forest industry, rural landowners and urban dwellers also forms an important function of the FHN.

Members of the Forest Health Network

Working on Slowing the Spread of the Emerald Ash Borer 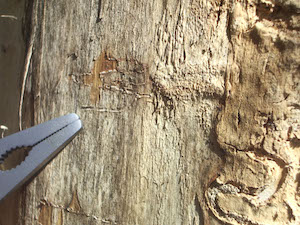 A particular focus for the Forest Health Network has been the slowing of the spread of the emerald ash borer (EAB) across eastern Ontario.  The FHN is playing a critical role in bringing partners together to coalesce around one set of consistent messages about EAB.  Past experience in other jurisdictions has shown that, in the absence of a facilitating or coordinating vehicle such as the FHN, organizations and agencies have struggled to provide consistent messaging to landowners and the public – an inevitable recipe for failure.  The FHN, with EOMF playing a facilitative role, is providing a vital coordinating function – one that is ensuring strategic responses to threats to forest health, and also building capacity within local communities to respond effectively to such threats. 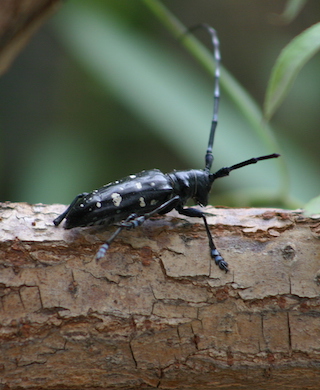 A forest health review was held on November 23, 2018 and addressed the following topics:

The EOMF continued to chair and facilitate efforts of the Forest Health Network (FHN) with its partners.   In 2017 the FHN continued its efforts to provide information sharing, support and expertise to municipalities, private landowners, homeowners, property owners and forest practitioners. In 2017 we reconnected with Cornell University and St. Lawrence County on the other side of the St. Lawrence River. This was important to share information on such insects as the Emerald Ash Borer and Hemlock Woolly Adgelid. 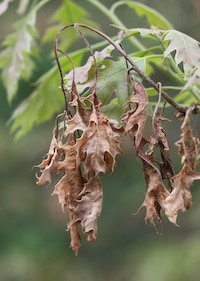 Photo Credit: Steven Katovich, USDA Forest ServiceHere are a few of the FHN activities that were undertaken by the Network and its partners:

The EOMF continues to be a central player in the Forest Health Network working with partners in Eastern Ontario, West Quebec and northern New York State.

The Network continues to work with municipalities and rural landowners on forest health issues.

In 2016, we continued to deal with Emerald Ash Borer in our Region plus keeping an eye on other invasive species such as Asian Long-horned Beetle, Beech Bark Disease, Hemlock Woolly Adelgid along with many of the invasive plant species.

In 2016, we worked very closely with Dr. Krista Ryall with the Canadian forest Service in SS Marie getting News Release out on the release of the wasp to the local media and the public. We also worked hard on finding sites for the 2017 release

As in other years we worked closely with the Canadian Food Inspection Agency and City of Ottawa to establish a demonstration site for Asian Long-horned Beetle training at Britannia Park in Ottawa. Again a very successful training session was conducted by Erin Bullas-Appleton (CFIA). We will continue to have this training in 2017 for our practitioners in the region.

We welcomed Vanessa Chaimbrone our new Terrestrial Monitoring Technician (Forest Health) Ministry of Natural Resources and Forestry to our area in 2016. She continued the tradition of giving the pest review to our partners of forest health conditions she found in 2016. This session was well attended and we will continue to organize these sessions annually.

A final note is the interest that is being shown by New York state on the other side of the St. Lawrence as what to expect when Emerald Ash Borer arrives. A tour was conducted to show what EAB can do and what we have done to try and manage such conditions whether it is rural or urban. We will continue to keep these groups abreast of our programs.

Arlington Woods: The neighbourhood people moved to for the trees...

Caring For Your Land Workshop Series: Species at Risk

A Study of Growth and Yield Methodologies

Biodiversity and Your Eastern Ontario Woodlot

How to Identify Beech Bark Disease